The origin of the zurito

Size matters, especially if you’re going to make a pintxo route through San Sebastian, to taste its different specialties. Four, five pintxos, each accompanied by … A draft beer, or “caña”?

It’s not the best idea. Because caña in San Sebastian, depending of the generosity of each bar, can double the traditional size of traditional cañas from Madrid.

If you want drink beer with the pintxos in San Sebastián, but in a smaller size, you can ask for a Zurito. That’s what is called “corto” in other Spanish cities, about 150 milliliters, served in the traditional glass of txikito (short wine), wide and low.

The name comes from the 60´s. The “txikiteo” (the practice of going from bar to bar with your group of friends, having a wine in each one, and each people paying one full round) was the way of socializing for young people. But socialize always with the same friends, because for basques, “Cuadrilla”, the group of friends, is an indivisible unit, staying away from other “cuadrillas”. Its members standing in line in the bar counter, or forming an impenetrable ring for anyone who was not part of that gang.

Talking about day to day matters, or about last game of Real Sociedad, the local team, while drinking the cheap wine of that times, not staying long in each bar. One could left home without a particular meeting point, and could know what bar his friends were exactly, watching the time. Their route used to be unchangeable, but if they were not in that one, they would be in the next one. One wine after another, and more and more…until lose track, or something more.

But a black sheep emerged from this landscape. His name was Carlos Pérez Garrido. Fed up with cheap wine, he decided to have a beer. But, having to drink double the amount of liquor, he could not keep pace with “txikiteros”, and because of that reason, and as bars in San Sebastian did not have beer taps, he began to ask for half bottles. Also, in their walk, the group of friends usually came back to the same bars twice, so in the second round, Carlos Pérez Garrido used to finish the bottle that he had left started in the first.

The whole universe of Basque “cuadrillas” was not prone to changes, by little by little, people who disliked wine increasingly started to ask for beer. When ordering, Carlos used to did it asking for a mini of beer, so we still have to know how someone baptized that measure as “Zurito”. Apparently, that guy was Patxi Alkorta, owner of Bar Irutxulo. When someone invited him to put a name to that now popular new measure, he decided to name it Zurito, just because Carlos Pérez Garrido was supporter of bullfighter Gabriel de la Haba, a.k.a “Zurito of Cordoba”.

Carlos Pérez Garrido died in 2018. He was the last of his “cuadrilla”. If you want to honor him by taking a zurito (or some more), today that all bars have beer towers, best option can be a Keler, the traditional beer from San Sebastián that also drank those firs “Txikiteros”, a lager beer that pairs fine with pintxos.

A pintxo is not a tapa, a selection of snacks or a small plate. It... 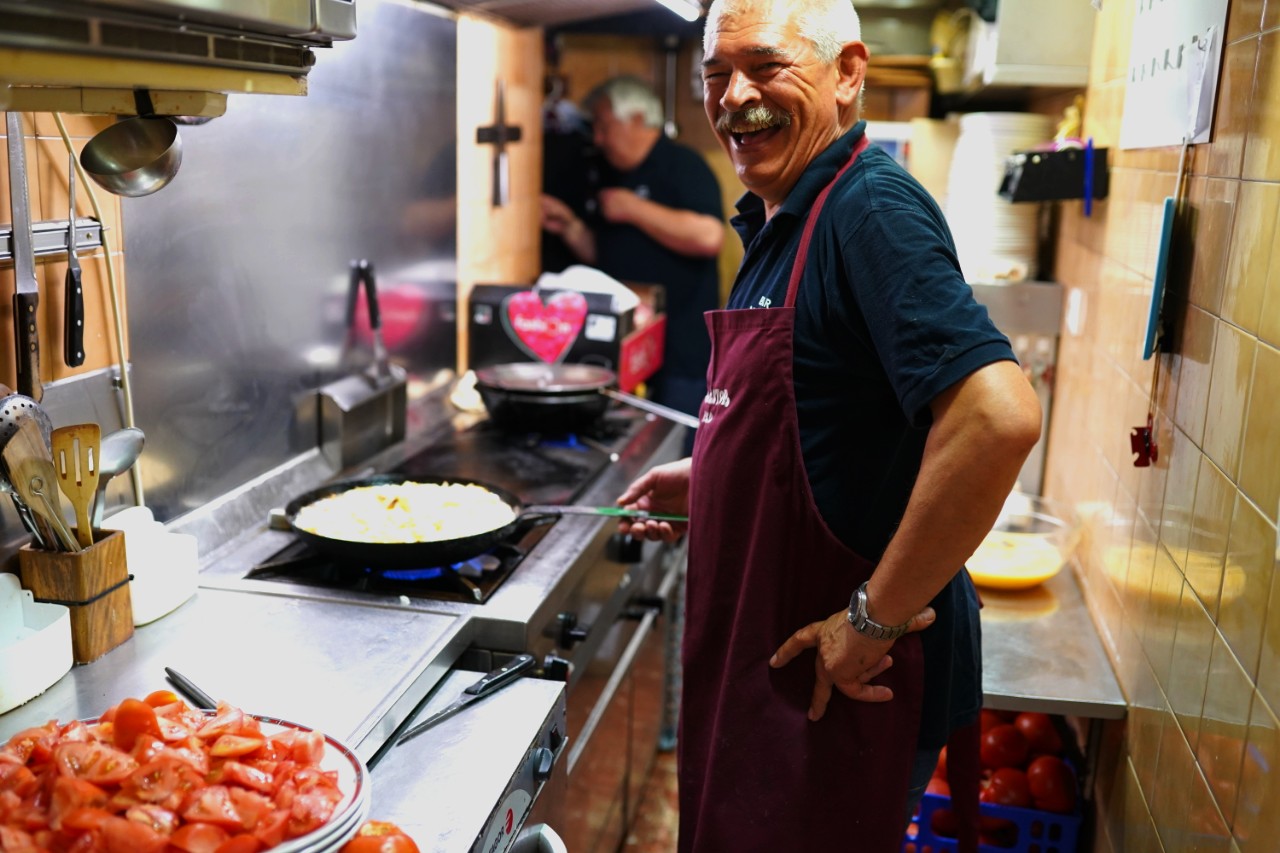 If you walk across Pescadería Street any morning, and see a bunch of people standing...