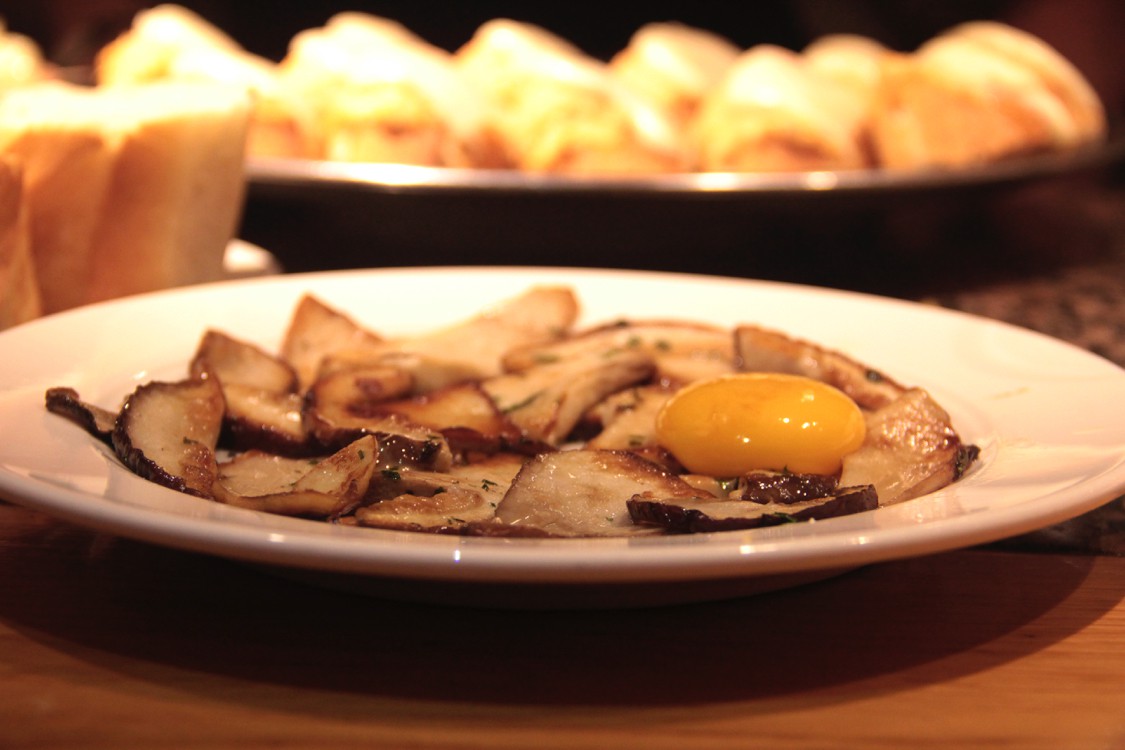 Pintxo of seasonal mushrooms sautéed with oil and garlic and served on an egg yolk.

Ganbara opened its doors in 1984, run by José Ignacio and Amaia, José had worked for 15 years with his parents, Manolo Martínez and Juliana Gil, in the Bar Martínez, while Amaia had been working at the Asador Trapos, very close to the Bar Martínez. Right from the start they produced a cuisine committed to quality, seasonal local produce, taking care over every detail of the preparation. Today run by the next generation, their children Nagore and Amaiur, Ganbara is a gastronomic landmark in the old town, an essential part of any pintxo trail in Donostia / San Sebastián. 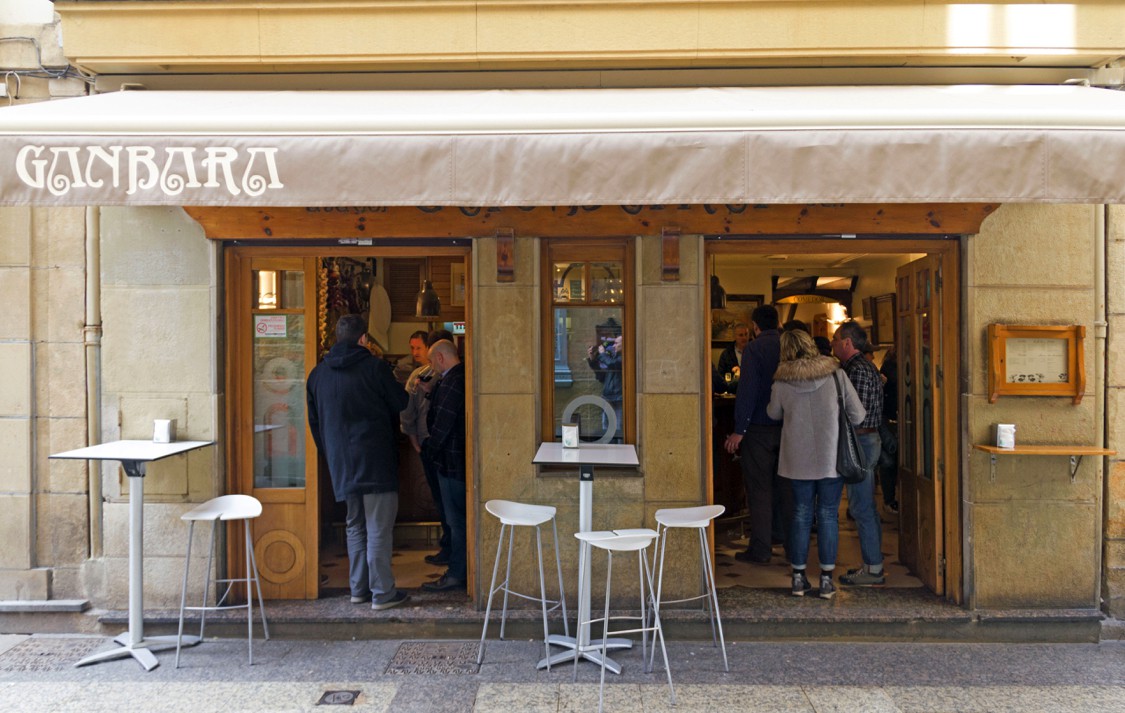 Other pintxos at the bar 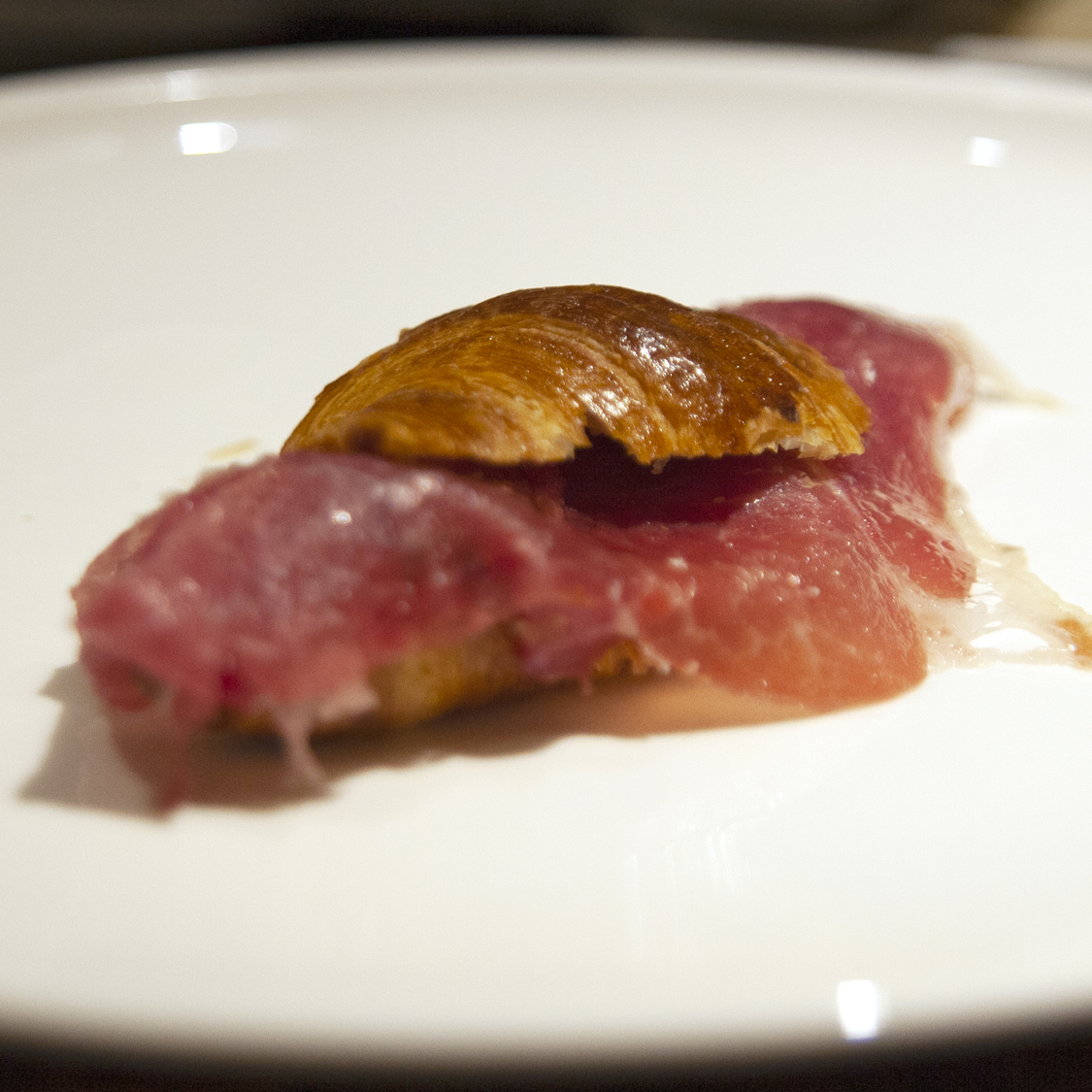 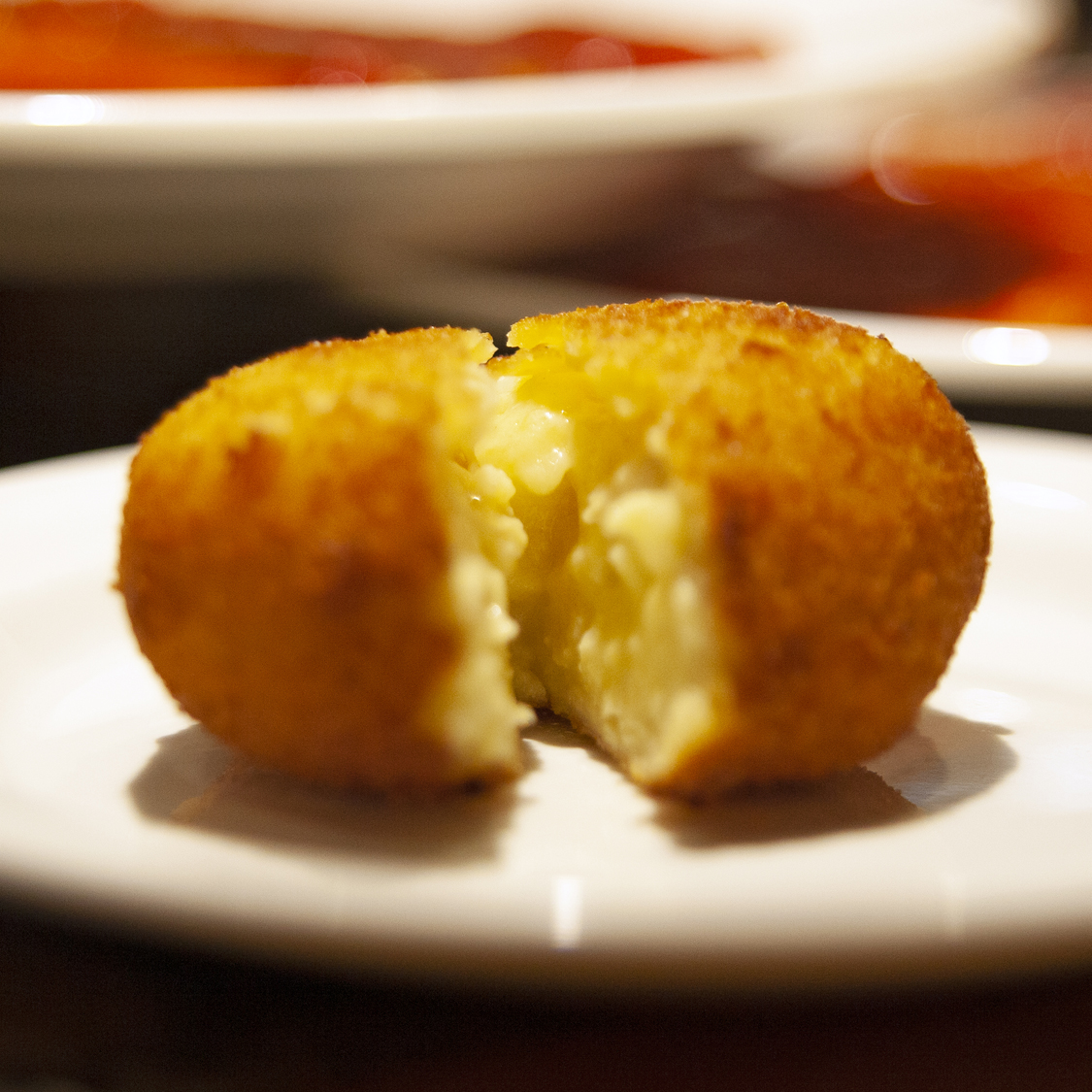 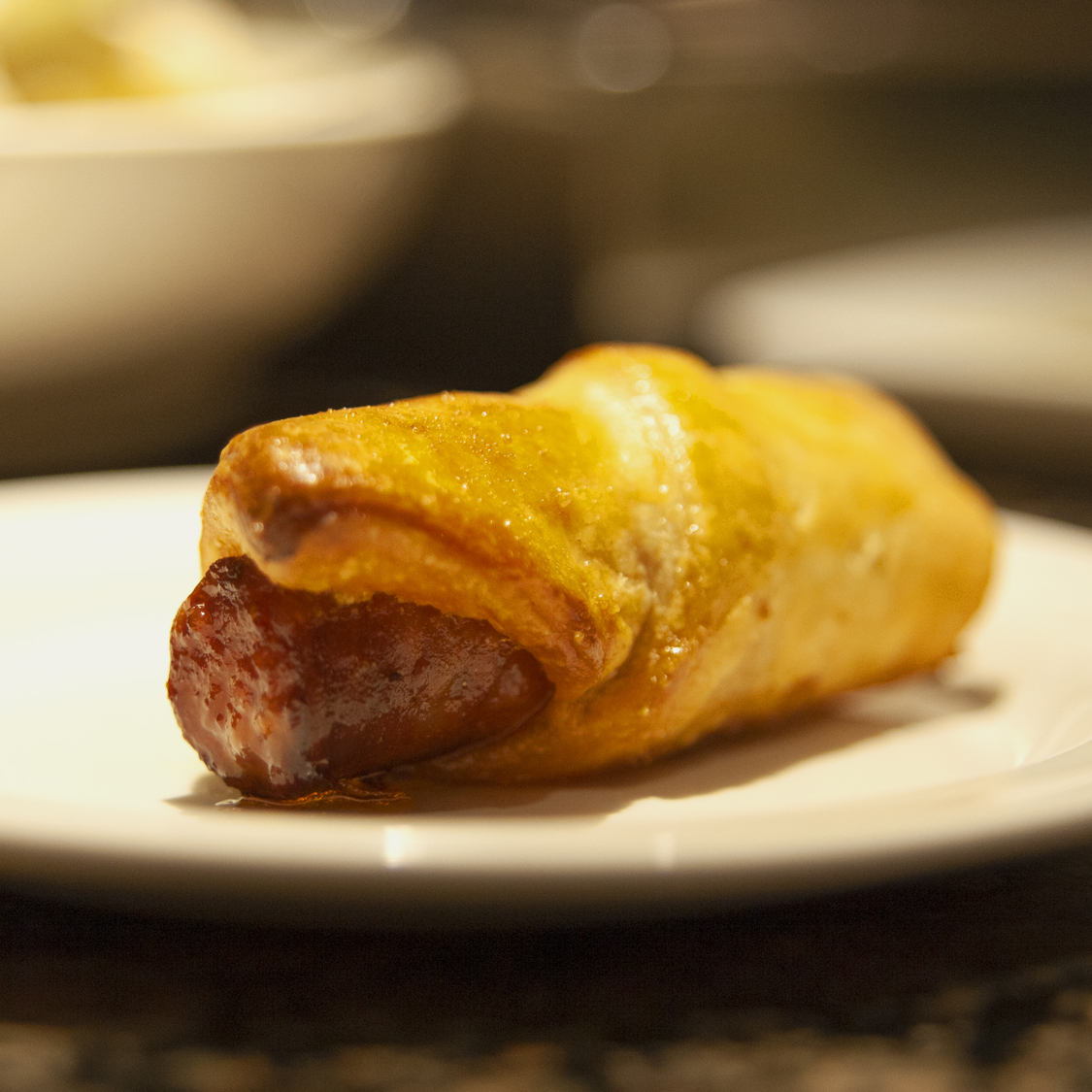 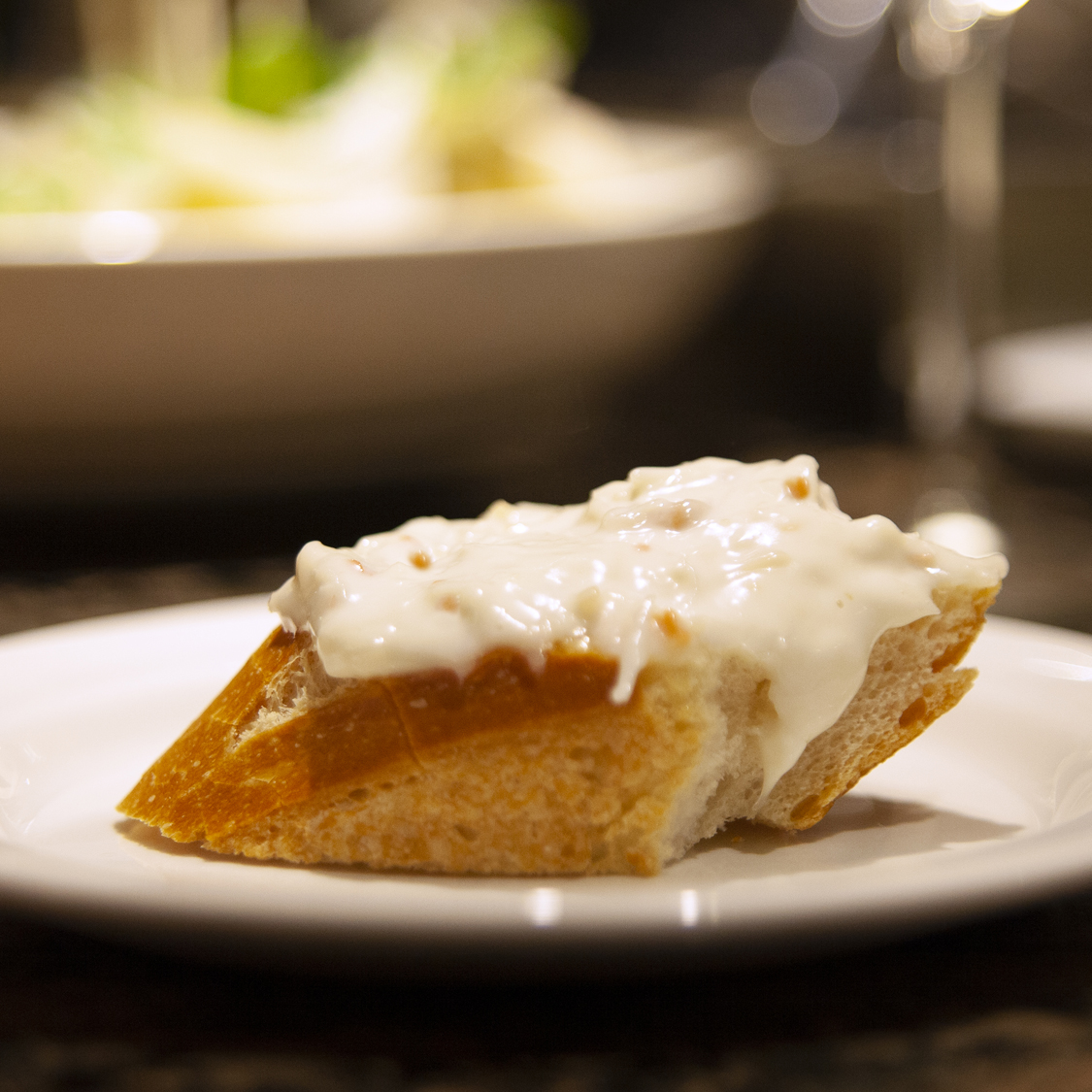