Pablo Loureiro: “We must transmit our philosophy to visitors, our way of understanding pintxos” 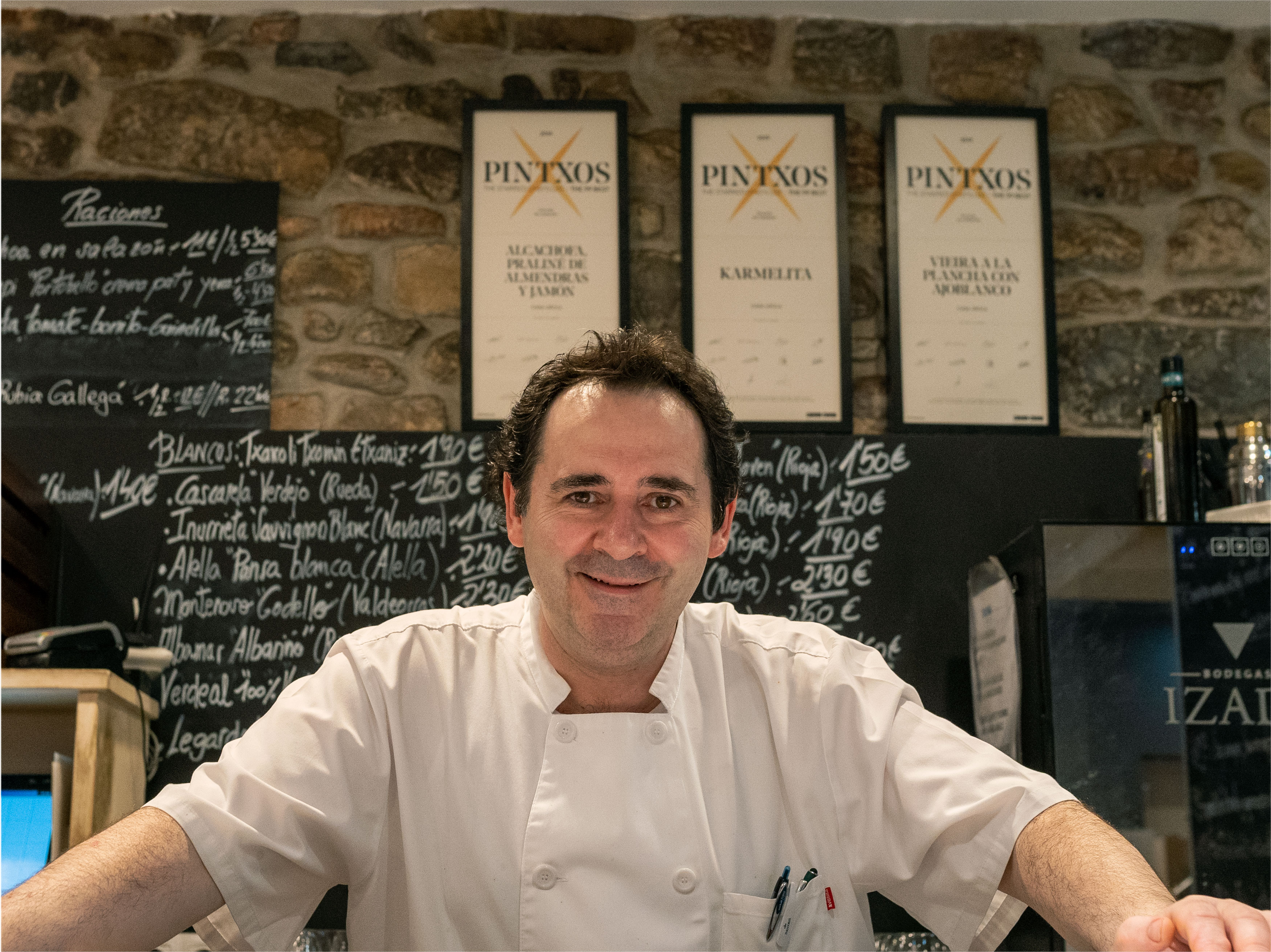 Pablo Loureiro Rodil is lucky. On June 3, at a ceremony held at the Kursaal Convention Center, he received the Euskadi Gastronomy Award to the Best Restaurateur of 2018. This is an award granted by the Basque Government, at the proposal of the Basque Academy of Gastronomy. It recognizes the good work of this chef in front of Casa Urola, a classic restaurant from the Historical Quarter of San Sebastian, who he and his wife Begoña Arenas have been running since 2010.

On the ground of this recognition, we took the opportunity to visit him in his kitchen and chat, take stock of his career in charge of Casa Urola, and learn more about his gastronomic philosophy and his pintxos. We put a great deal in the latter, since Casa Urola is one of the few businesses that have 3 pintxos selected in our List Pintxos – The Starred Chefs List – The 99 Best.

Pablo, what does the Euskadi Gastronomy Award meant for you?
A huge satisfaction, but also, if feasible, a feeling of greater responsability. These awards strengthen us, but also they are committing us to to come up to the mark.
What is your assessment of your seven years in charge of Casa Urola?
Very positive, and very intense. If, when I opened seven years ago, somebody would have told me all the things that were going to happen us, I wouldn’t have believed him. This 7 years, they all went very fast, as well as the 30 years I’ve been involved in the catering industry.
How has the pintxo world changed in these seven years?
Of course, when I arrived, there were people making pintxos long before me. But, in my opinion, I was an early adopter of restaurant concepts inside the bar counter, such as seasonal pintxos. If you change the restaurant menu four times a year, why not do the same with pintxos? For instance, now we also cook pintxos with vegetables, which was something I started doing a long time ago. Every time I see more bars with seasonal pintxos. Cooking them are more labor intensive, but this way you complement your offer, people like the idea, and furthermore I don’t get bored.
How has the Historical Quarter changed in these 7 years?
Obviously, there has been a tourist boom, some say that it is overcrowded … we have to be prepared to meet the demands of all those visitors, but at once I think we should extend the city limits, something that should be good even for bars in the Historical Quarter, that people can go to other districts in the city. And that we will be able to transmit our philosophy to the visitors.

The grill is one of the trademarks in Casa Urola’s gastronomic offer: What qualities make you bet so much for this technique?
Grilling is a hallmark of Casa Urola. It brings that rustic touch, a way of working that goes back to the roots. The grill never lies: it boosts the great and fresh product, while there is no way to improve a bad product. We grill meat and pieces of fish, but also use grilling for cooking more elaborated dishes, using it almost as a spice, giving them a delicate roast, without messing up the core of the product

In a restaurant like Casa Urola, what role does the workforce play?
It is critical. In this Historical Quarter, visitors come in spurts. Suddenly, 15 people come, and you need enough labour force in the kitchen, because you cannot make a customer wait. Furthermore, we have pintxos that require a grade of processing: some sauces, some firing, some side dishes… In summer, we are 9 cooks inside the kitchen. It´s a lot for such a small place, but it is the only way we are able to maintain quality standards. Besides that we have the same rush hour both in the restaurant and in the bar counter. Adding to it that downstairs, in the bar, you can eat pintxos but also can request the menu, you can combine both of them. We have trainees of schools such as Luis Irizar´s, and they help us a lot, but also senior workers who give us the expertise we need.
And as far as I can see here, you also sign international workers!
Sure. Now we have two Japanese, and two Koreans. Partly because they likely will help us, along other chefs of San Sebastian, to open a pintxos corner in a Japanese hotel. It is usual for a lot of local chefs to have the desire to learn in some restaurants in Japan, just as a lot of Japanese chefs come here with the same aim. Nowadays, young cooks want to work in as much places as possible, to learn and gain experience. There are no longer kitchen careers, where someone starts from below and raises to head of kitchen. People have concerns, and we have to organize a team of people every year, just as soccer teams.
Casa Urola has 3 pintxos (Karmelita, Vieira a la plancha con ajoblanco, and Alcachofa con praline de almendras y jamón) on our list of the 99 Best Pintxos in Donostia / San Sebastián. What does that entail for you?
It´s awesome. We’ve been making pintxos for seven years, and there are bars that are authentic institutions. Being there side by side is a serious responsability. But it is also a chance to move up a gear and be in a state of flux, and always achieve the highest level: in summer days customers may have to wait a little longer, but the quality of pintxos can not go down.
Do you notice that there is more demand for these pintxos since Pintxos App was launched?
By all means. Specially with Alcachofa (Artichoke) and Vieira (Scallop). The scallop has doubled sales since Pintxos App came out. It has become very popular, as well as the Artichoke, although this one is a seasonal pintxo, from autumn to winter.

What about Karmelita? It’s a classic!
Karmelita, which is a cold pintxo, has also boomed. At the beginning, when we opened, I was more focused on the restaurant, even further considering the huge offering we had around us. But later I saw one opportunity to do something of my own, and that’s where seasonal pintxos came from, following the same path of the restaurant.

What is the secret of a good pintxo?
Good raw material, care, and immediacy. The immediacy is very important. In fact that’s the reason for what we do few cold pintxos. People here see how we work, and they like it: when we run out of Karmelitas, of Gildas…we replenish them, that’s it. Perhaps we have to cook cold pintxos again at 1 p.m. We prefer to do that rather than see pintxos making a long time on the bar counter. And for hot pintxos, we follow suit: they are made at the momento, the scallop is marked on the fly, as is the steak snack, the liver…it´s hard work, but people are not stupid and they appreciate it.
Is it easy to find good quality ingredients?
It is becoming more difficult everyday, because even though chefs have always talked about caring for producers, many of them are leaving, because their work is no longer profitable. We have to commit to them. I see producers as another piece of our team, partners. And if both partner, us and them, are not happy, this alliance will not properly work. We should acknowledge their input, because without it, the whole thing would fall apart.
Which percentage applies to tradition and innovation in Casa Urola proposal?
We have always been described as a traditional, updated kitchen. I do not deny the tradition, but I always think that there is an evolution: in techniques, in kitchen materials, in cooking temperature… Focusing on pintxos, I believe that we would be in a 50/50 between tradition and innovation. Cold pintxo itself is very traditional, while there is much more creativity in the hot ones. Most of them remain as casual interpretations of dishes of the restaurant menu, prepared with the same products.
Do you renew your pintxos offer?
Yes, as I said, on a seasonal basis. For instance, in summer we remove the spring salad, the asparagus cream, and introduce a tuna hamburger, which we make with leftovers of the tuna in the menu. We cook it with poached onion and Iberian pork´s fat, and it goes directly to the bar counter. There are also some sauteed green beans, with cod flakes and potato foam…They are pintxos inspired by dishes in the restaurant menu, which are quite well elaborated.

And are there pintxos in Casa Urola that you could not retire? Because of the demand
The Scallop, the Octopus, the Lobster spoon, to name a few, these could not be removed. And Karmelita, of course. There are few Lobster spoons: lobsters are cleaned for the restaurant, and we prepare the spoon crumbling their heads and legs. We always use the same product for both the bar and the restaurant. If one day we get product for fifteen spoons, there are no more. Once they’re over, you have to wait to the next day to taste it.

Does Pablo Loureiro like going out for pintxos?
Of course! It’s the way to socialize, to hang out with friends … You’re here all day working, and that walk from bar to bar, where you join different people in different places … That’s the magic of going out for pintxos. Pintxos and socialize go together, and that’s something not to be missed either.
What pintxo of the 99 Best Pintxos, not from your bar, would you like it to be from Casa Urola?
(Laughter) None! Because if they do it so well in that place, I would not get it better. There are traditional pintxos, those of the popular cookbok, which we all do, and moreover those which have a very personal, non transferable stamp.
What about pintxos plagiarism? They don’t have copyright, so if another bar copies you a recipe, little can be done!
A scrambled mushroom dish, some beans with foie…who owns the authorship? They are traditional recipes. Well, copying something without acknowledging that is some type of “tribute” or “in memory of”, that should not be done. Thus, each one prepares the pintxos in his own way, but if you copy something, you should mention it in some way. 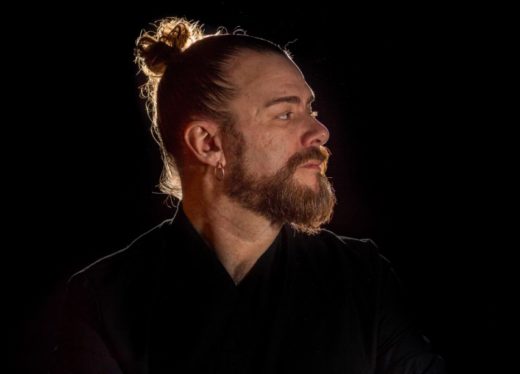 Xabier Diez Esteibar: “I like going out for pintxos, more than sit down at a restaurant”.

Gros district, in San Sebastián, is undergoing a major transformation, and this has pushed the...

The best known cheese cake around the world

Close a pintxos route in a sweet way with a cake from San Sebastián that...