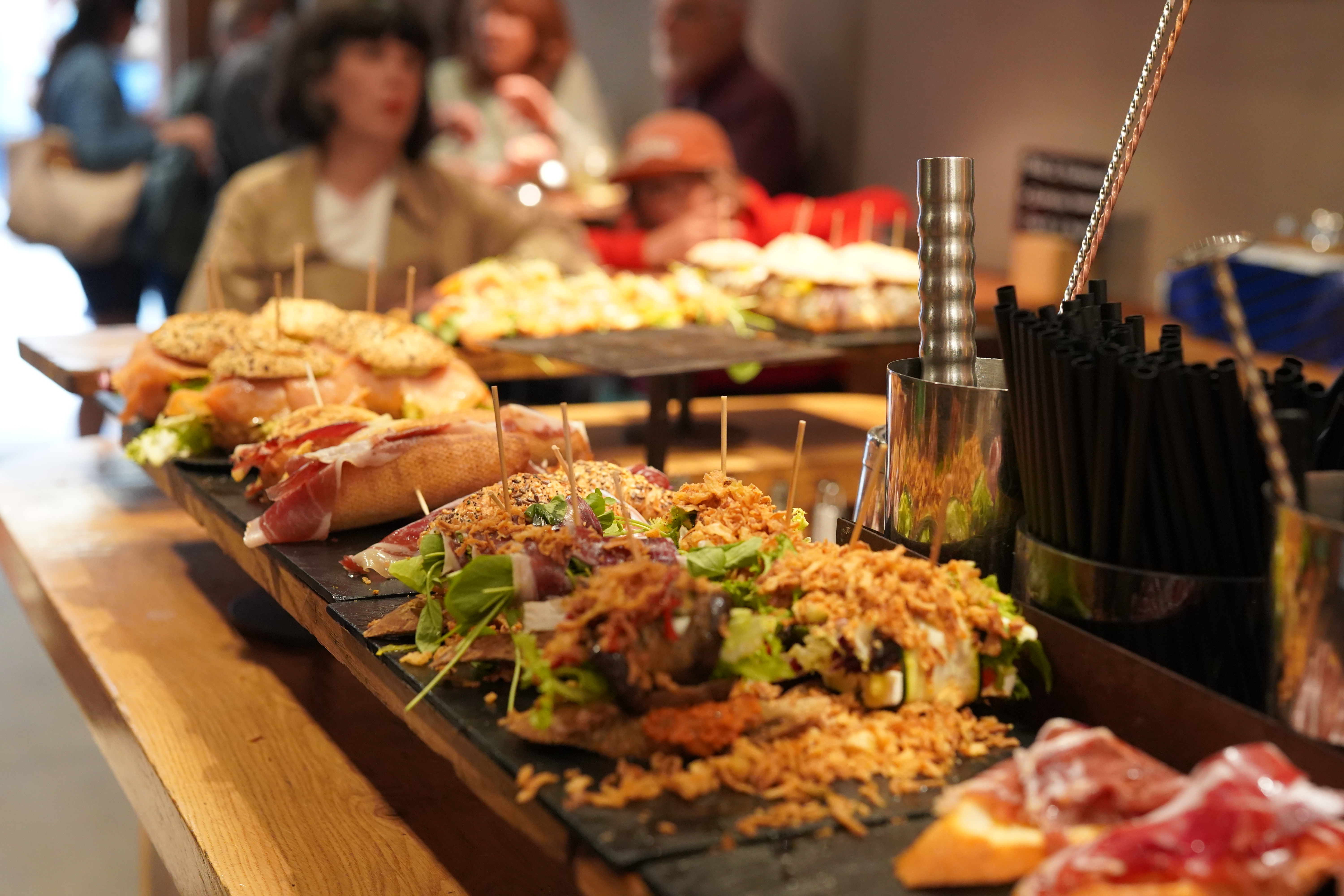 A pintxo is not a tapa, a selection of snacks or a small plate. It is an individual bite-sized appetiser, carefully composed down to the last detail and especially made for the person who orders it. Wherever you go in San Sebastián, you will find a wide and varied range of pintxos. Even in a single bar, proposals can be unmanageable. And what about the Historical Quarter! It is said that it would take 100 days/24 hours to see all the pieces of art exhibited in Louvre Museum. Well, something similar happens with pintxos in the San Sebastián Historical Quarter.

But all that glitters is not gold. Therefore, Pintxos – The Starred Chefs List – The 99 best separates the chaff from the wheat, bringing to you the 99 best pintxos of San Sebastián, selected by the 11 Michelin star chefs of Gipuzkoa.

You should prepare yourself for this unbeatable culinary plan, choosing which pintxos from our list want to taste. But going for pintxos has its own rules. For this reason, we will give you seven keys to help you to live this experience like a real local.

ONE
One bar, one pintxo. We know, you may be tempted to eat all pintxos you see in the first bar you visit, but going out for pintxos should be an almost nomadic experience. The more bars we visit, more specialities we can taste.

TWO
Let´s take more than one pintxo in a bar. Yes, we know that this second guideline runs counter to the first. But unbreakable rules have little to do with a plan as hedonistic as this. Are you not able to resist the temptation of a banquet in the first bar? Well, let yourself go.

THREE
You do not need a plate. It is likely that when you get close to the bar, a waiter will give you a plate, so that you can put in it the pintxos that you want to eat. This is a recent habit, induced by the wide presence of tourists. We, locals, do not use any plate: you don’t need it, you’re going to eat standing up. Eat pintxos one by one, as you want, don’t take them over in the plate as if you had a ration card. Don´t worry, they won’t sell out.

FOUR
Help yourself to the cold pintxos, ask for the hot ones. Serve yourself the Cold pintxos, which are displayed in the bar, without asking for permission to the waiter. There may be hot pintxos in the bar counter, such as croquettes, but they are usually for sample purposes. If we are unsure about the hot pintxos offer, we can ask the waiter. And we can even ask him about their specialty. Even if we get hurried, we can ask for pintxos included in The 99 Best list. Those ones are hits!

FIVE
Better a short drink. If pintxos experience consist in eat a pintxo in each bar, and repeat it in four, five or more bars, if you ask for a pint of beer in each one, next morning you won’t likely remember what you ate. A “zurito” (beer short), a “txikito” (short wine) a “marianito” (short vermouth), a “Txakoli” (local wine), grape juice or a dash of cider pair well with pintxos. However, better choose only one type of drink: if you switch between them, next morning you either won’t remember what you ate.

SIX
Indoor or outdoor, it´s your choice. We have already told you that, when going out for pintxos, you usually stand to eat. You can do it next to the bar counter, or at another point of the bar, but, weather permitting, you can also do it on the street. Enjoying a sunny day in San Sebastian is another experience you should not miss. Next day It is likely to rain. And you might have a hangover. That’s a bad move.

SEVEN
Trust the waiter: the waiter trusts you. When paying, tell the waiter which pintxos you have eaten. He likely will be tracked them better than you, but we Basques are well meaning people, and if everyone admits the number of pintxos they have eaten, this would be a better world.

Now you are ready to live the pintxo experience like locals: the only decision you have to make is how many pintxos of our list you are going to eat! 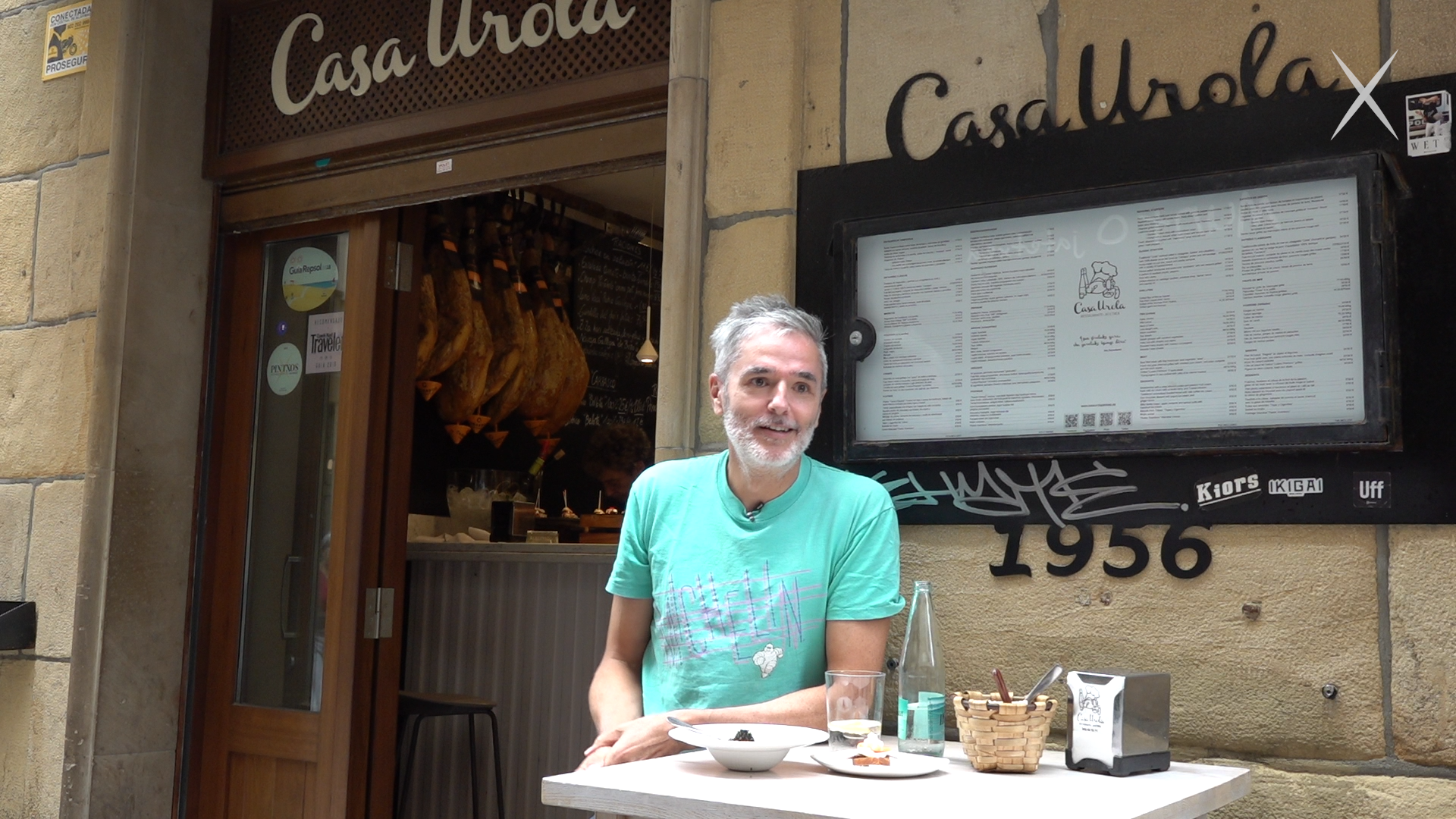 Mikel López Iturriaga: “Even if I´m from Bilbao, I recognize San Sebastian is the world city for pintxos”

Mikel López Iturriaga has become one of the leading gastronomic bloggers through his site “El...

Humberto Segura: “Our motto has always been that we are neither the smartest nor the most handsome: we want to be the hard workers”.

Antonio bar is one of the most emblematic venues in San Sebastian downtown, but it...